If you missed my previous post about the Aurasma app, you may want to read that first.

Our PTO sponsors a door decorating contest in conjunction with our trick or treat night. The winner gets $50 to spend on classroom supplies. Last year, I created a door that was linked to instruction with the students writing about how certain musical elements can make spooky music. I did not win the door contest, but I did win the costume contest! 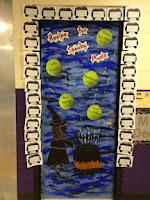 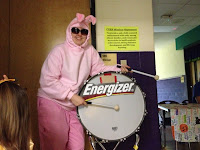 This year, I designed a new door, integrating augmented reality with the Aurasma app! 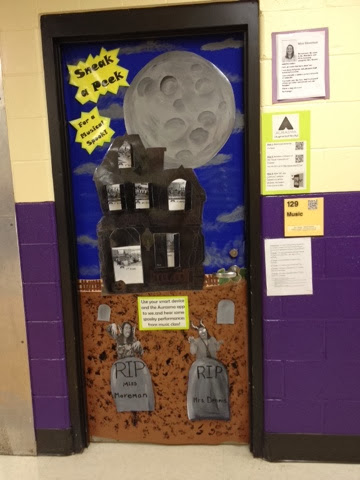 The title is "Sneak a Peek, For a Musical Spook." Inside the windows and door you can see a photo of a class from each grade level. The photos have embedded auras. When you view the photos with the Aurasma app, they come to life and show videos of students singing, dancing, and playing music from the week of Halloween lessons. Take a look at the video below as demonstrate the app. 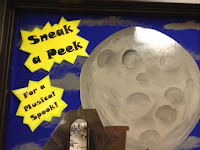 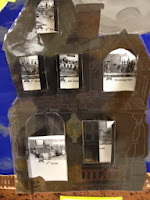 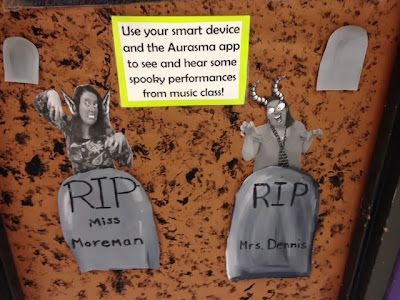 The tombstones and pictures as the bottom were really just an afterthought in an attempt to fill some empty space. However, the kids have really enjoyed seeing our silly zombie pictures. The free app I used is called Spooky Booth.

Next to the door, I posted instructions for downloading the Aurasma app and how to become a follower of the Cedar Grove Music channel as well as the learning objectives and core content for the lessons featured in the videos. 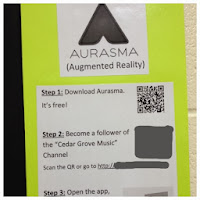 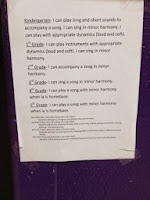 I know this post is a little to close to Halloween to implement in your classroom this year. Don't forget to pin this to your Pinterest board so you can remember to try it next year!

Email ThisBlogThis!Share to TwitterShare to FacebookShare to Pinterest
Labels: bulletin board, holidays, technology 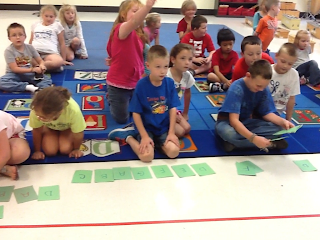 I hope you enjoy these staff games. We used these games with students in grades 2-5. I hope your students enjoy them as well! Do you have an adaptation of any of these games? Share your ideas below!
Posted by miredo at 12:07 AM 1 comment: