A letter to Wells Fargo ... 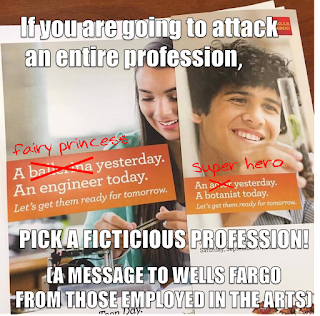 These advertisements by Wells Fargo we're brought to my attention in a Facebook group for music educators. 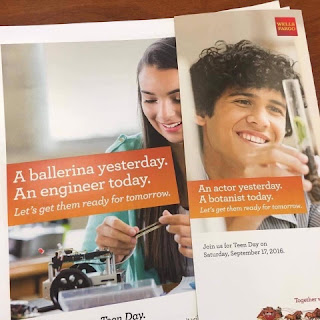 Of course, the entire arts community has a right to be offended by this ad campaign. Here is my response which I have already posted on their Facebook page:

"As an educator in the arts, I'm very disappointed in your ad campaign. You are suggesting that the arts will not prepare students for their future. Many people are employed in the arts. In December 2015, the Every Student Succeeds Act was passed which includes the arts alongside math and language arts in its definition of a "well-rounded education." I understand that you want to support STEM jobs, but it shouldn't be at the sacrifice of the arts. You could have easily changed "ballerina" and "actor" to "super hero" and "fairy princess"; the meaning of your ad campaign would not be lost and the dreams the kids are abandoning are truly fictitious careers. (This, of course, is assuming you didn't INTENTIONALLY mean to to post an ad campaign which implies that jobs in the arts are worthless in the future.)"

If you are also outraged, feel free to let Wells Fargo know how you feel. Here is a link to their Facebook page.

Click "Posts" on the left column. You can write a new post in the center column. To view other visitor posts, click on the far right column. 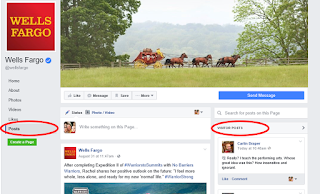